Trending News
HomeHealth ConditionsAlzheimer'sSenior Moments: Should We Be Worried?

Senior Moments: Should We Be Worried?

Although I don’t particularly like the term “senior moment,” most older people know what that means. When someone who is at middle age or beyond has difficulty remembering something such as, “Where did I put my reading glasses?” or “I can’t remember her name” he/she may find someone else responding in a joking fashion, “Are you having a ‘senior moment?’” The other person is replying with a joke about having a poor memory. I have heard people themselves make jokes about their own “senior moments” in hopes of making light of the situation. It’s true that as people age there are normally changes in memory and thinking skills. On one end of the spectrum there is normal aging and little memory lapses that affects everyone. At the other end is dementia which is common but not normal.  In between is a condition known as mild cognitive impairment. I will touch on all three.

We all have memory lapses on occasion

It’s true we all have occasional lapses in our memory. I even see my teenage children doing it. I even remember walking into a room years ago, forgetting what I went in there for, having to go back to what I was doing in order to jog my memory. Little memory lapses are common for everyone. We get distracted or side-tracked especially when it is something that is not really that significant. Forgetting names is a common occurrence for example.

I have been working with older adults for over 25 years now and I see all different types of memory and thinking problems. I also know many older people (including caregivers) who do not show any signs of cognitive (brain function) decline.

I often note increased anxiety in people who are struggling with the loss of cognitive abilities. It must be a scary feeling to know that they are losing their faculties.

One of the common fears people have is developing dementia. Declining memory skills are often one of the first signs of dementia. The good news is that memory problems do not always lead to dementia.

Slowed thinking and minor problems with remembering things is quite common and almost expected in our later years. There are some things we can do to help reduce our risks of further problems with our cognition such as exercising (to get the blood pumping to our organs including the brain) and doing brain exercises (such as crosswords and learning a new musical instrument). Normal aging causes us to slow down in more ways than one.

Sometimes our memory problems become more problematic and they are noticed by other people. If you are continuously forgetting someone’s name or miss appointments, this may start to interfere with your relationships and daily functioning. You may have to learn new ways of coping with the normal changes in your brain such as keeping lists handy and using your calendar more regularly. Memory and thinking problems that can be noticed by others but don’t really affect your day-to-day functioning is called Mild Cognitive Impairment (MCI).

By the way, it’s a good sign if a person is aware of or concerned about their changing memory skills as one of the skills lost in dementia is the ability to know they have problems with their memory. If you ask someone with dementia if he/she has memory problems, he/she will most likely say “No.” It’s true that long term memory may still be intact.  It’s the ability to remember recent events and learn new information that is lost.

In some cases your memory skills, thinking and cognitive functioning may be impaired to the point where you can no longer do things on your own. For example, you may need someone to give you your medication on a daily basis or else you will forget. Or you can no longer drive because your sense of direction is off. Dementia is a syndrome and can be found in a variety of conditions  that affect cognition (such as Alzheimer’s disease). In early stages of dementia you can  live on your own. However, enlist the caregiver support you need to stay safe. Dementia can create a variety of problems. For example, sometimes people with dementia forget to eat, or think they have already eaten. In this case it’s important to have someone provide a reminder or stop by to ensure he/she eats. In the later stages of dementia, it is not possible to live alone.

Seek a memory assessment if you are concerned

If you are concerned about your memory skills or other brain-related functions (such as language, problem-solving or judgment skills), please speak to your doctor to arrange a memory assessment. Let your doctor know if you are concerned your problems are beyond the changes seen in normal aging (such as slowed thinking, and the occasional difficulty remembering things). Only a skilled practitioner can diagnose and determine the difference between normal aging & memory lapses, mild cognitive impairment and dementia, and provide treatment and memory care. 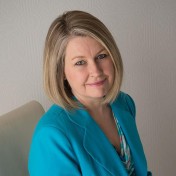 Angela G. Gentile, M.S.W., R.S.W. is a geriatric clinician and specialist in aging who has more than 25 years of experience working with older adults and their families. She has worked in private practice, long-term care, home care, mental health and nonprofits. She has written two books - Caring for a Husband with Dementia: The Ultimate Survival Guide and A Book about Burnout: One Social Worker's Tale of Survival. She also has a mobile app for iOS called Dementia Caregiver Solutions. Angela enjoys writing, traveling, photography and exploring what it means to age well. She is a realistic optimist who lives in Winnipeg, Manitoba with her husband, two adult children and lovable dog named Rocky.

The 22 Best Gifts for Seniors

The Growing Interest in Senior Gaming